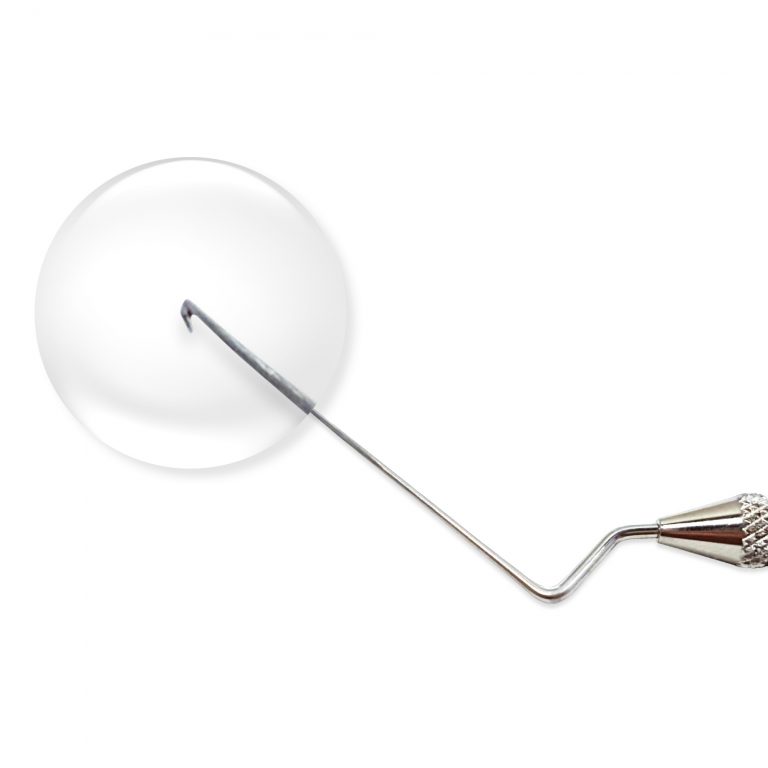 ”The Hartzell gutta-percha remover is unique because the instrument comes in two different sizes and the ”hooks” at each end are oriented in different directions. I like to refer to them as ”buccolingual” and ”mesiodistal” directional hooks, respectively. So, depending on the tooth, its location, and its orientation and length, I will sometimes use all four instruments in order to fully remove gutta-percha from a canal. One great thing about this instrument is that, sometimes, it pulls out all of the compacted gutta-percha in one piece. However, when it doesn’t remove the filling in one piece, the remaining gutta-percha can be removed quickly and without leaving a trace on the inner walls of the canal. When working around apical curves, other methods need to be used, such as a drop of chloroform and K- or Hedstrom files. Despite this need, I would not want to remove gutta-percha from an entire canal using that method, because the softened gutta-percha would cover the canal walls.

In addition to its primary function of removing gutta-percha, as time passed, I found other novel ways to benefit from the small hook at the end of this explorer-like hand instrument. In situations involving more conservative or smaller than traditional endodontic access and in concepts such as a truss access and step-down access, DenMat’s Hartzell gutta-percha remover becomes an invaluable asset for the removal of pulp tissue from under pulp horns, the removal of cotton pellets or endodontic sponges during the second or subsequent visits, the removal of separated instrument fragments that are not lodged in the canal walls, and the removal of dentin chips or denticles from inside the chambers, among other uses.